Just added to your cart

In the ever advancing, one-up man ship of developing new military weapons, the US Army announced that it is looking into the collection and weaponization of flatulence from middle-aged men.  Why middle-aged men?  Anecdotally, a "dad fart" has been known to carry such pungent properties that "clearing a room" is always a possibility.  Dr. Joshua Hopper from the  IChemE - Institution of Chemical Engineers, says the proof is in the pudding.  "Much like KFC's secret blend of herbs and spices, a middle-aged man's body creates a perfect metabolic storm of hormonal secretions and pheromone development.  Couple this with the natural aging of the human sphincter, and the result is a cornucopia of smells that actually work in competition to "out smell" each other."  Dr. Hopper continues, "Middle-aged men are primed for this process as their testosterone levels are at their lowest.  This low level of testosterone has a psychological effect in men, causing them to create smells that can only be described as "losing the will to live.""

Along with the putrid smell of "dad farts" Dr. Hopper also points out that flatulence is flammable, making it the perfect candidate for weaponization.  "When the military contacted me about my research, I was studying 12 subjects with round the clock lighter-to-sphincter observation.  The Lt. Col. already knew about the nasal application of my work, but when he saw those 12 middle-aged men lined up with their ankles next to their ears, lighting farts on fire, he knew he had caught lightening in a bottle." 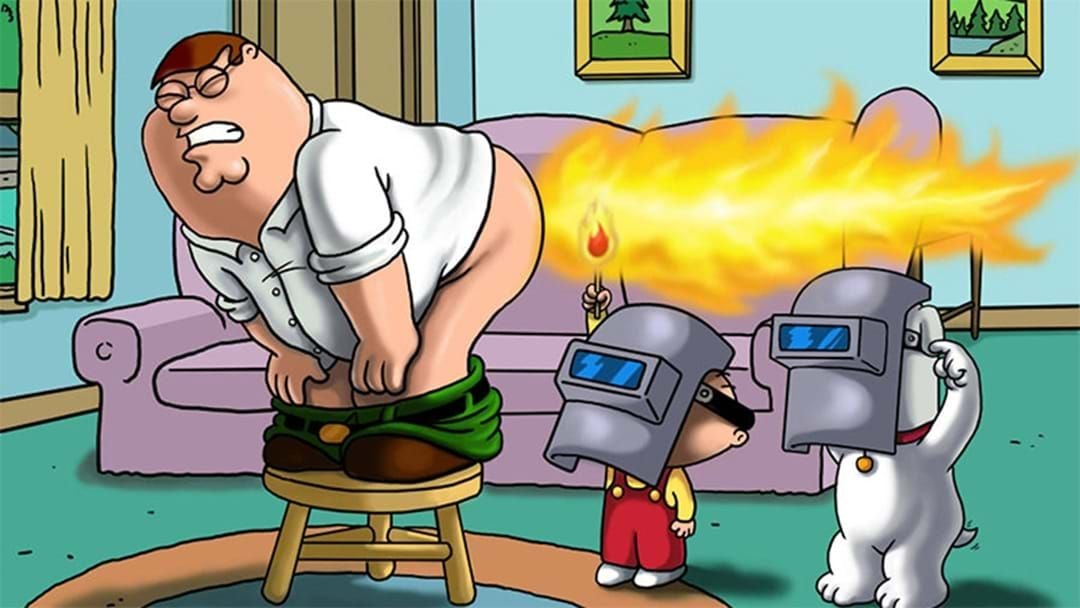 That man he was referring to is Lieutenant Colonel Frank Margello of the US Army.  "The United Nations has banned the use of chemical weapons" Margello explained, "However, this is not your typical chemical weapon.  Most chemical weapons carry properties of either being nerve, blistering, or choking agents.  Through Dr. Hopper's research, we have shown that "dad farts" do not fall into any of these categories.  "Dad Farts" sting the nostrils but provide no permanent damage.   That, plus they are man made... pardon the pun."

Lt. Col. Margello continues "The hope is that we can develop a weapon, that deploys the payload in two stages.

There is no timeline as to when this program will actually begin testing.  Dr. Hopper still has research to develop the means to properly collect and store this new commodity.  As for now, the only information released by the military regarding this program is it's perfect catch phrase: